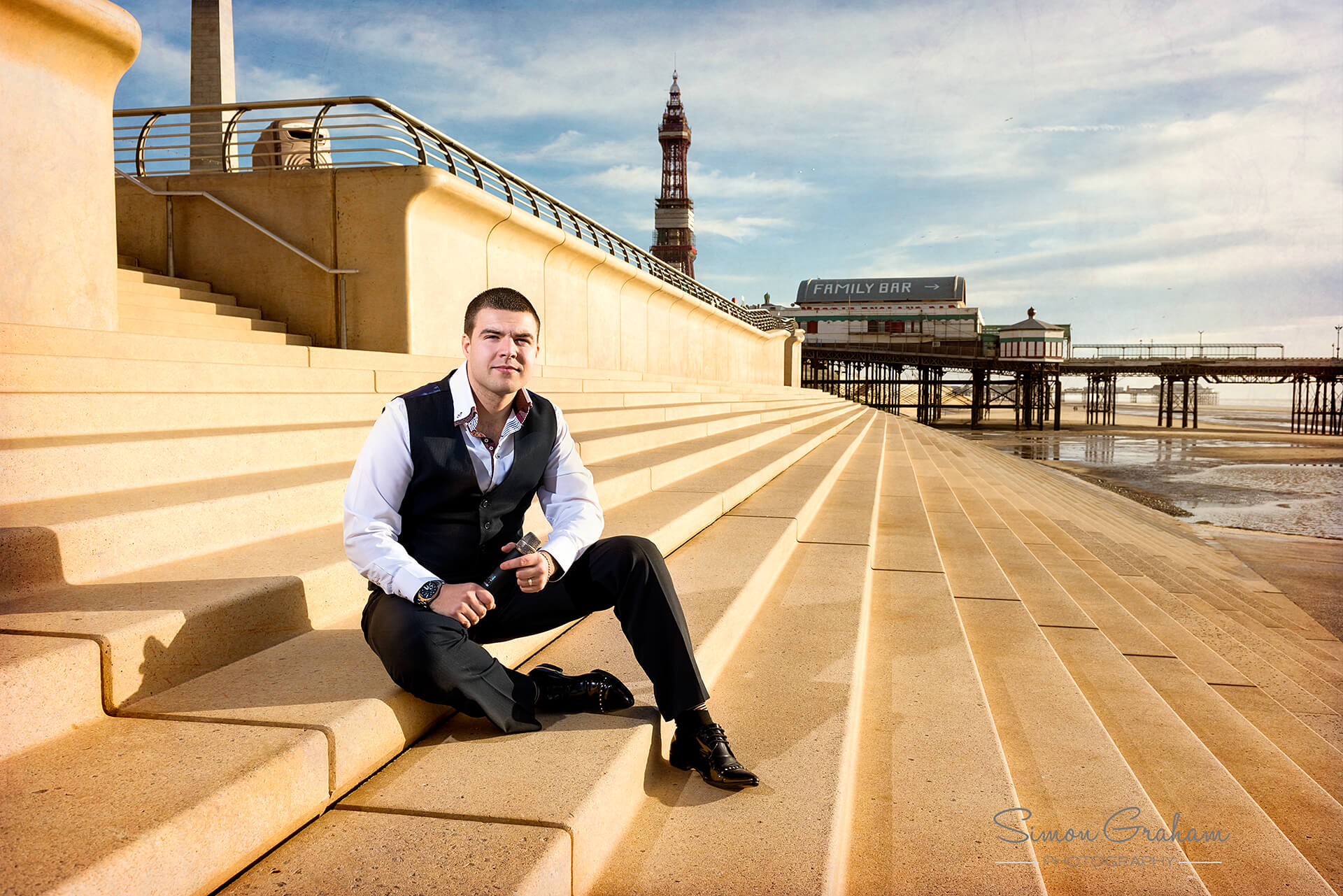 It’s good to see a hard working and talented individual finally doing well for themselves. It’s even better when you’ve seen them starting off (on their first gig no less!), putting the effort in and finally making it in the bustling clubs of sunny Blackpool!

Lee Mobey is a quietly spoken Wigan lad who has a big heart and an even bigger voice. I’ve known and worked with both his Father and brother and it was through these that I took some promo shots a couple of years ago in a small club in Wigan.

After hearing of his success through his Dad ( Dave), I decided to offer my services again to get him some up-to-date shots for his promotion. I thought it would be a good chance to get the camera working again before the hectic wedding season starts in full swing and give me a chance to run some ideas past Lee for a gritty urban Wigan shoot in the near future! 🙂

On Friday 6th March 2015, we met up before his gig at Ma Kellys in Blackpool where we decided that as the weather was dry ( the best we could have hoped for given the time of year ) and we had a little time to discuss our shoot, what better way to spend it than to grab some shots on the promenade! We were aiming for the pier..but as we got closer, the steps looks very inviting.

I can’t wait for the Wigan shoot. I’m thinking a cross between “The Verve- Bitter Sweet Symphony” and Gary Barlow after a hedonistic night out..but I suspect Lee has other plans hehe. 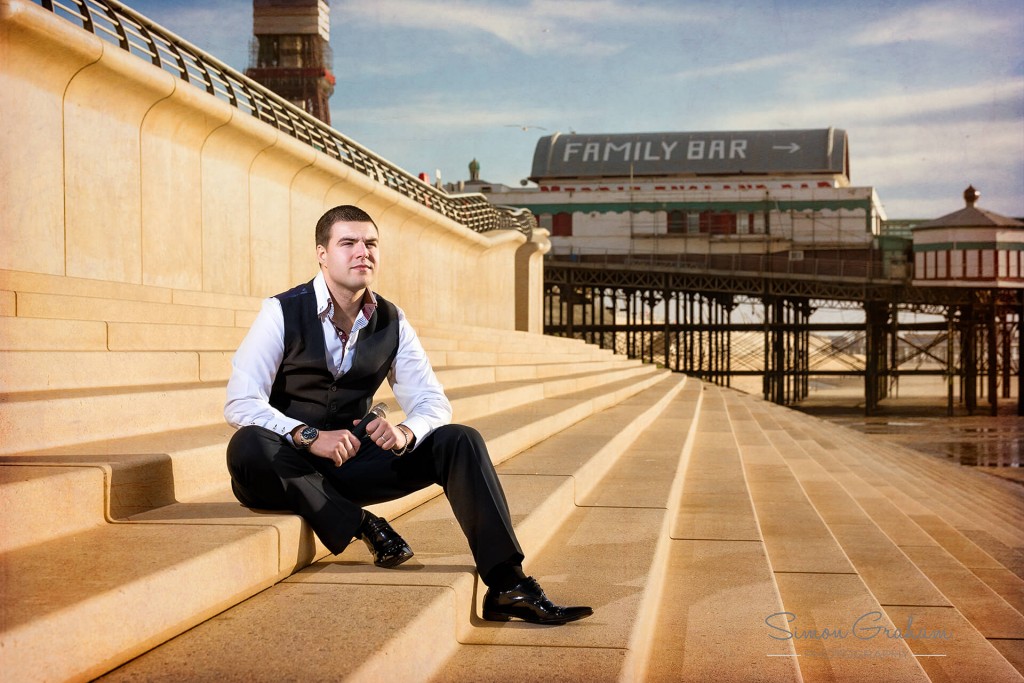 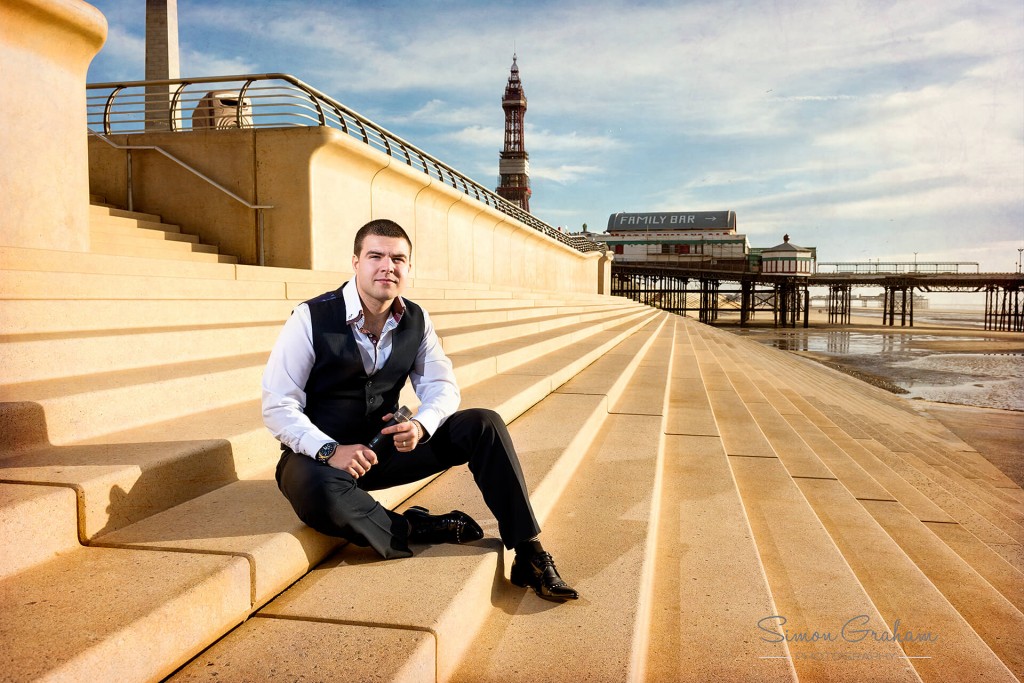 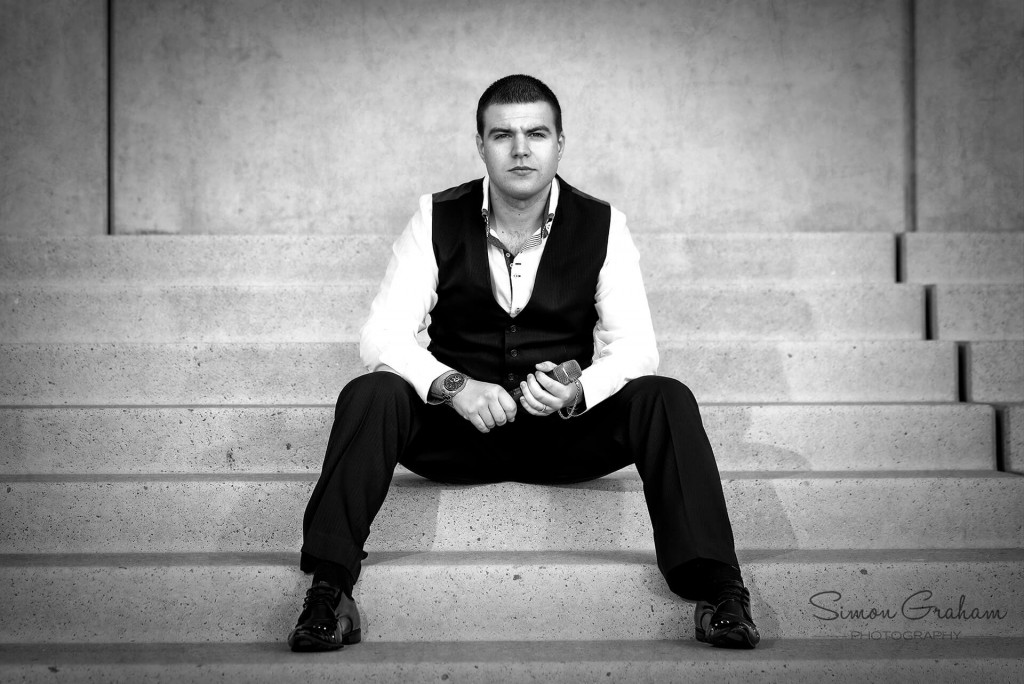 Lisa & Johnny’s Photobooth Photos are up!

Major congratulations to Lisa & Johnny on their stunning wedding @ L'Adore Falls yesterday. Truly, this was the most perfect wedding ever. Stunning couple, stunning people and...

Here's the link for the photobooth photographs. ​ALL of the photos can be downloaded. The gallery is not private and there is no password. The photos are unedited and are taken as is...

Please TAG me " simongrahamphotography " with ANY shots that are shared or posted. Thanks! :) It's got to be a huge Happy Birthday to Rachel Robbins as she celebrated her 40th birthday...

Simply complete the form below and we will get
straight back to you to discuss your enquiry.